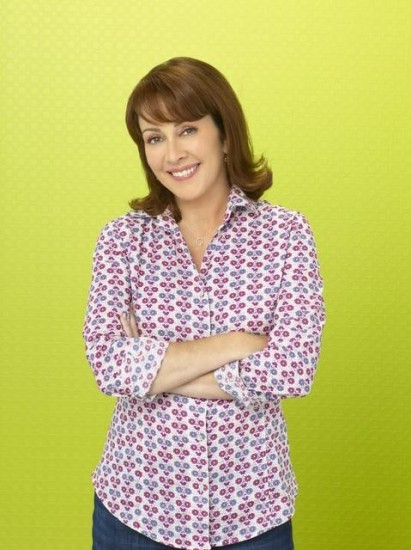 Frankie Heck (born November 14, 1966) is a struggling working mother of three. As the matriarch of a middle-class family living in the middle of America, Frankie's job is to get her family through each day. Frankie is married to Mike Heck, a manager at the local quarry and a calm, supportive husband. They have three children together: the surly teenage son Axl, the awkward yet optimistic daughter Sue and their youngest son, the bookworm Brick.

Frankie's paying job is as the only female salesperson down at the town's last remaining car dealership, Ehlert Motors. Frankie frequently struggles to sell cars and gets list respect from her old-fashioned, and maybe a little sexist, boss Don Ehlert. Frankie works with Bob, a needy yet lonely guy, who only just manages to sell more cars than her. Bob frequently has Frankie's back at work and has tried repeatedly to become friends with the family, though Mike has shown little interest in being Bob's friend.

Frankie is a devoted mother and lives by the philosophy "You do for your family". Whether it's driving Sue to a field trip she wasn't able to go on or helping Brick with yet another school project he sprung on her at the last minute, Frankie is always there to help her children. When she's not working at the car dealership, looking after her three children or her husband, Frankie also finds the time to care for her ailing older relatives - Aunts Edie and Ginny.