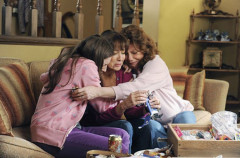 A list of Mother's Day episodes from The Middle.