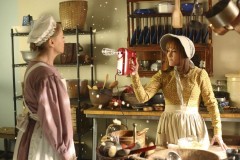 The Hecks agree to forgo Thanksgiving after Frankie finds out that she's out of a job until January and must pick up a holiday position, which requires her to work on Thanksgiving in order to make ends meet. Much to her dismay, she ends up once again having to portray an overworked 19th century woman back at Heritage Village during the Harvest Feast and finds herself going face-to-face with Sheila, a woman who definitely takes her job too seriously. Meanwhile, Sue goes back to work at Spudsy's over her holiday break in the hopes that she'll once again run into Logan - the dreamy Abercrombie guy, Axl finds himself in foreign territory when he starts becoming emotional over how his life has turned out, and Mike and Brick find themselves needing to find a bonding experience when the electricity goes out at the house and they are forced to interact with each other. 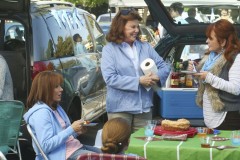 707 - Homecoming II: The Tailgate Next Episode 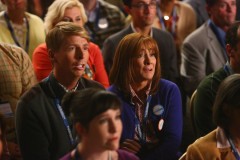