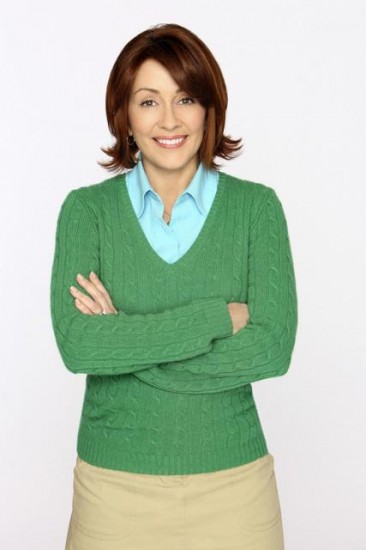 Patrica Heaton is best known for her role as Debra Barone on Everybody Loves Raymond, the award winning family sitcom that ran for nine successful years. Heaton won two Emmy Awards and was nominated seven times for her work on the show, and also won awards from the Viewers for Quality Television and the Screen Actors Guild.

After Everybody Loves Raymond ended and before The Middle, Patrica starred opposite Frasier's Kelsey Grammer in the critical success Back to You. Heaton's other television credits include a role on thirtysomething, Room for Two, Women of the House and Someone Like Me.

Patricia Heaton was born in Bay Village, Ohio, the daughter of Pat and Chuck Heaton, a well-known sportswriter for the Plain Dealer. Heaton has three sisters and a brother, and was raised as a devout Roman Catholic. Heaton attended Ohio State University and later graduated with a B.A. in drama. She is married to the British actor David Hunt, whom she married in 1990. The couple have four songs and live in Los Angeles, though also own a house in Buckinghamshire, England.

Heaton has been a vocal supporter of pro-life groups and has expressed her opposition to abortion, euthanasia and the death penalty. Heaton publicly opposed stem cell research and has shown support for Israel, and is a supporter of the Republican party.