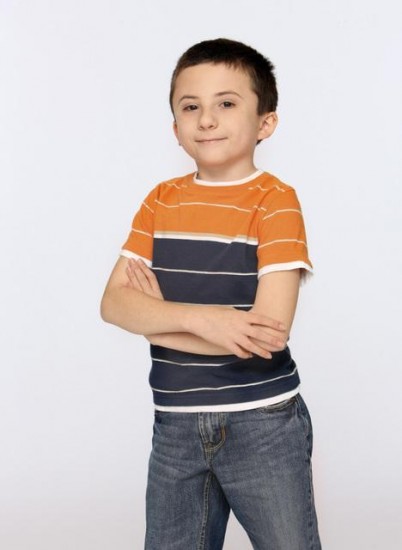 Atticus Shaffer is an Amerian child actor from Santa Clarita, California. Atticus was discovered by his manager in late 2006 and soon landed a guest role on the sitcom The Class. His other television work includes Days Of Our Lives, The Human Giant, My Name Is Earl, Carpoolers and Out of Jimmy's Head.

Atticus' film work includes playing opposite Will Smith in Hancock, and roles in An American Carol, The Unborn, Leaving Barstow and Opposite Day. Atticus has also appeared in commercials for AIG and provided voice overs to the films Subject: I Love You Year One. He has also voiced characters on episodes of Fish Hooks and The Penguins of Madagascar.

Atticus lives with his parents in Santa Clarita along with five cats, two dogs, birds, fish, a rabbit and a large flock of chickens. He is home-schooled and excels at his education, especially in history. Atticus has an interest in Lego, Star Wars and history-based video games. Atticus has a genetic bone condition called osteogenesis imperfecta, type IV, commonly referred to as brittle bone disease. Atticus says his disability is just a small part of who he is.